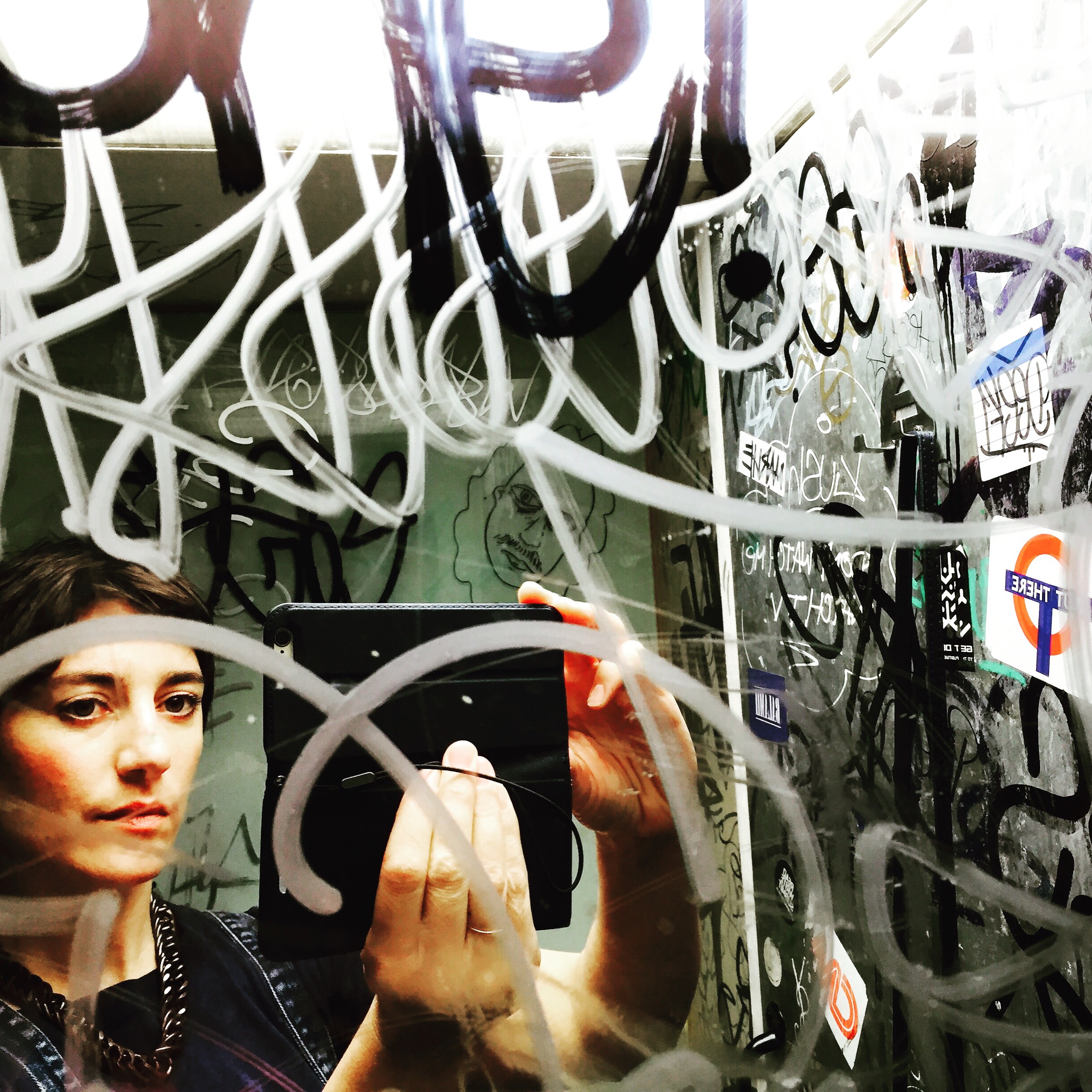 Lucy studied Fine Art – drawing & Painting at Glasgow School of Art (1994-1998). During her degree the traditional methods were taught in a very painterly school. She also experimented with other mediums & techniques, including installation, printmaking and collage.

During Lucy’s third year at Glasgow, She embarked on an exchange programme to the Victoria College of Arts, Melbourne Australia. This was a fascinating & enlightening experience, giving her a great deal of insight into Aboriginal life & Art, when given the opportunity to spend a month in Aboriginal communities throughout Central & Western Australia. Subsequently this has had a lasting effect on Lucy, and became a turning point in her painting practice; remembering the discarded rubbish & shapes repeatedly seen in the vast desert.

Following her graduation She moved to London & worked as a window dresser for the interior retailers; Habitat & Heal’s. Then was invited to work for the Interior designer William Yeoward as his in-house stylist.

After a few years Lucy decided to extend her skills further, & re-trained as a florist, thus giving more flexibility in the workplace. This worked very well along side her painting.

With the downturn of the economy, in 2010, Lucy went on to work for Rigby & Mac as a store manager & visual merchandiser. And in 2019 changed her role to a part time VM on a freelance basis.

Lucy teaches a weekly life drawing class, and is a practising Artist. Her studio & home are in south east London….

“My process of painting has developed over the last 20 plus years growing increasingly more abstract. Carrying a sketchbook with me, I always draw and paint on location. Looking for shapes, I make colourful & energetic marks. It’s not always exactly what’s there; I try to build the energy and spontaneity. This I will then take back to the studio. Working on board or canvas I will build a composition into a painting, with a lot of speed and energy and often numerous layers of oil paint. I won’t leave a painting until I know it’s finished. Sometimes re-visiting it over many months or years.
I have exhibited at Jeannie Avent, Jane Newbury, Artists Open studios, and The Royal Academy Summer Exhibition. I have also just been shortlisted for the Jerwood Gallery online exhibition 2019 #MyArtistsTelescope.
Being an artist can be a very solitude practice. Which I love and need in order to create. Exhibiting your work can be nerve wracking, as its always an extension of oneself. As an Artist you need self belief, drive, focus and determination. But you also need the people. Their feedback is essential to the making.
I make predominantly abstract works in oil on canvas, plywood, paper and card. From very small to very large.
I once traded a couple of paintings to fix a leaky roof!”